Manila founded in 1571, and Barrio Sta. Ana located westward portion of Pasig River in 1578 by the Franciscan friars. In Barrio Dilao, behind at the present City Hall, a Doctrine founded in 1580 by the ‘Ministro de Santa Ana’, while in 1591, the jurisdiction was under the Convent of the Franciscan Friars of Manila. In 1601, the ‘Doctrina’ was then a parish and the stoned church was constructed and dedicated to Candelaria (Purification of Our Lady). 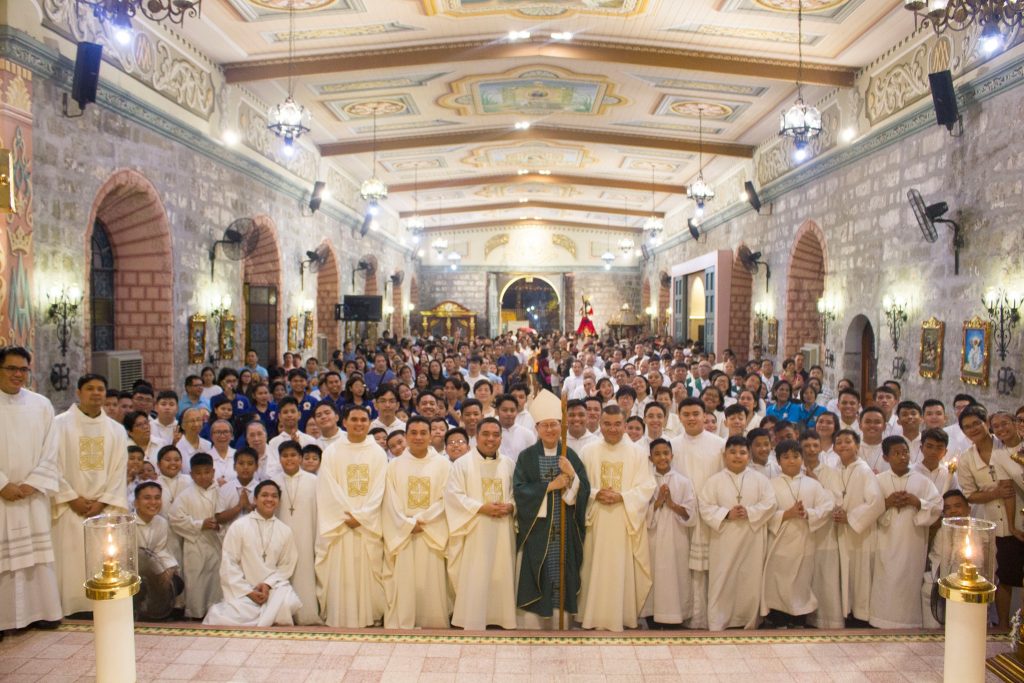 Near the parish, an ‘ermita’ or a visitor was established in 1697 in honor to the Virgin of Peñafrancia, at that time, they named the place after her title.

Nuestra Señora de Peñafrancia de Manila is also known as Our Lady of the Rosary and Virgin of the Poor. The mosaic painting, which was entrusted to that chapel, was 350-year- old art according to the studies.

The painting shows the Blessed Mother at the peak of Peña de Francia in Salamanca, Spain when she was appeared. She was seated in a gold-lightened throne. She bears the Child Jesus holding a golden globe in His left hand, on his right, he bless all pilgrimages who wish to receive graces from the Blessed Mother. At her right side, St. Simon Vela kneeling on her, whose appeared in his reverie and asked where she found. Other illustrations were crosses around her and a horserider, Santiago Compostela.

There were two signs to identify the etymology of the image of Virgen de Peñafrancia: first, according to some folklore, the image was found by various farmers and a fisherman on May 14 1621, on the other hand was in 1697. They brought the image at La Candelaria or San Fernando de Dilao church in Paco, they enthroned the image at the altar and they dressed. The image was lost and they had founded it again from its origin, hanging on a mangrove tree, afterwards, they decided to build an ermita or a chapel to put her.

Second, some natives said that the image was from Salamanca, Spain, and was brought by Covarrubias family in the Philippines. He was assumed leadership under the Spanish king to rule Ciudad de Peñafrancia, subsequently the icon was the patron saint of the Ciudad. In 1697, Virgen de Peñafrancia was enthroned in a chapel beside the garrison. Fr. Miguel Robles de Covarrubias brought this devotion to Naga, Nueva Caceres (Camarines Sur) in 1712. 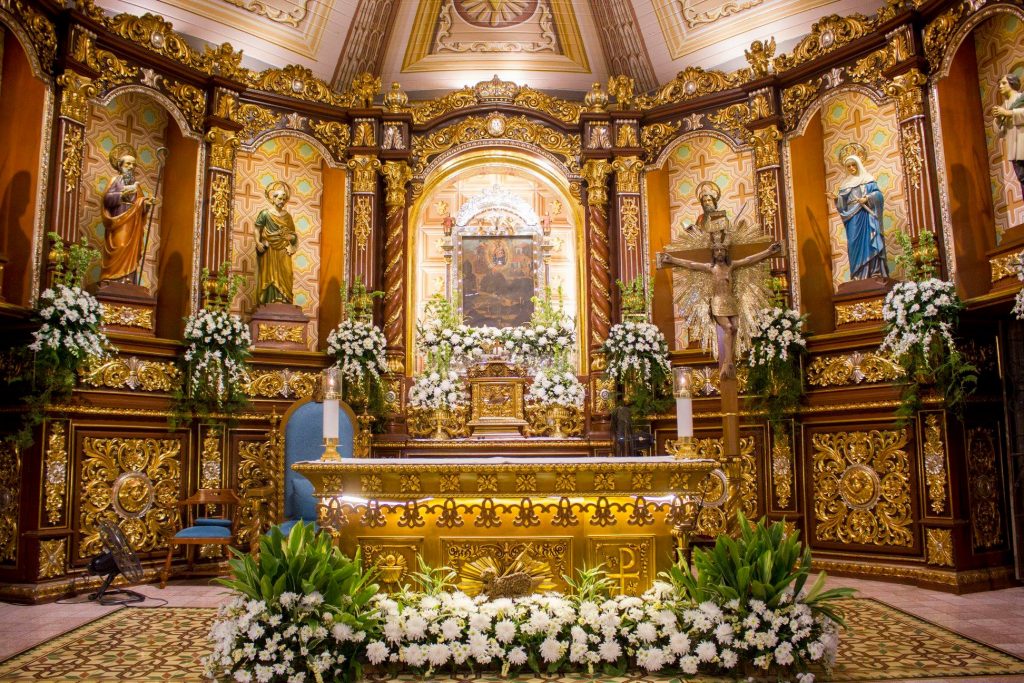 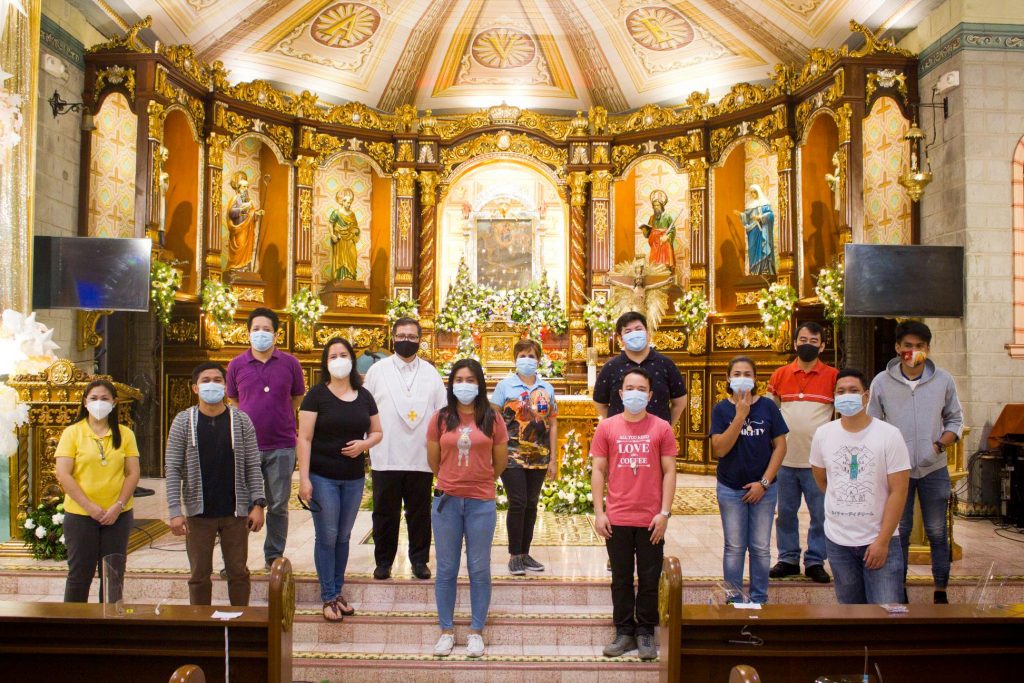 Throughout the years, the convent of the Virgin of Peñafrancia de Manila was erected as a parish by His Eminence Archbishop Gabriel Reyes on August 11 1951, Rev. Fr. Jorge Borlongan, a diocesan clergy, was assumed the first curacy. On November 10 1985, the image was canonically crowned (Coronacion Canonical) by Archbishop Jaime Cardinal Sin at the Quirino Grandstand (Luneta). Pope St. John Paul II attested and astounded this utmost devotion to the Blessed Mother in Paco, Manila.

Parish Priests of Our Lady of Peñafrancia Parish: 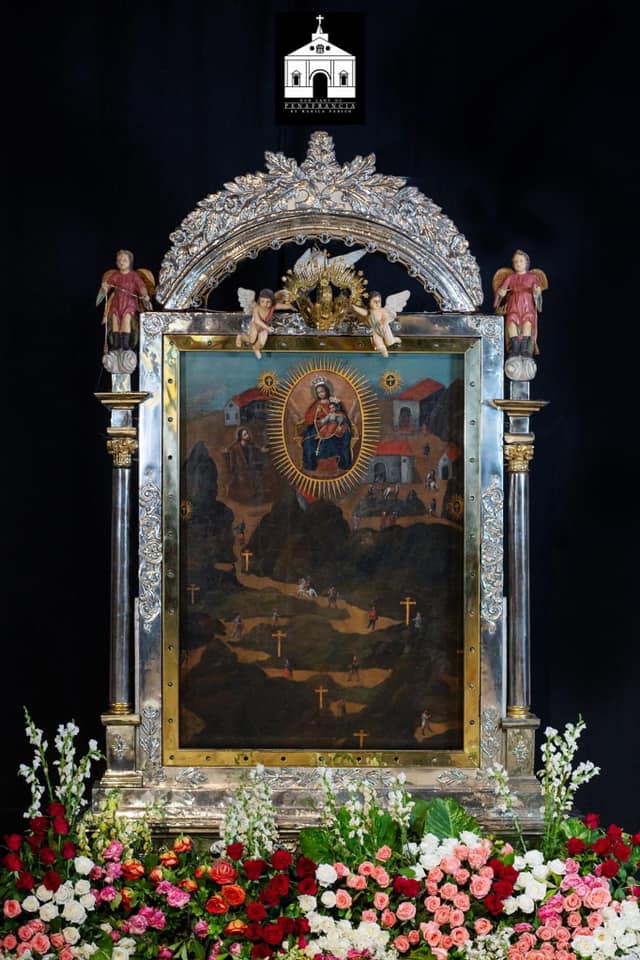