At the turn of the century, Singalong had become crowded with people expelled from the other areas of Manila or coming from the provinces. They lived in simple houses constructed with nipa or wood. There was a “visita” dedicated to St. Anthony of Padua in the area. Since 1901, Fr. Francisco of Santibanez and other Capuchins visited there on Sundays to celebrate mass, visit the sick and teach Christian doctrine to children. In 1905 Archbishop Michael J. O’Doherty, realizing the need of the people and recognizing the good work of the Capuchins, built a simple convent and in October, asked the capuchins to live there permanently and take care of the people. This was willingly accepted. On November 25, 1905, Fr. Mariano of Olot, as president and parish priest, moved there together with Fr. Vicente of Pamplona and Bro. Gabriel of Lizarza. On Dec. 10, 1905, they celebrated their first baptism and the parish of St. Anthony was subsequently erected in an official manner on April 2, 1906. Two months later, Fr. Vicente of Pamplona took over and during his three years as parish priest, he was able to build a real church to replace the old “visita”. The new church was made of concrete with galvanized iron roofing and a massive façade and belfry resembling the rural churches of Mexico and Spain. During his second term as parish priest of Singalong (1915-1921) Fr. Blas de Guernica extended the church, making the interior higher than the main nave in order to consolidate the sanctuary with the main altar and the sacristy.

In his return, Fr. Felix of Iguzquiza (1926-1930) worked hard in beautifying the surroundings. Although he had plans to build a larger church for the growing population, it was his successor Fr. Florencio of Lezaun (1930-1939) who successfully carried the burden of building the big church with a seating capacity of two thousand. It also had a beautifully grand facade and a bellower. Together with the church, a new convent was also built. During this time, on June 1, 1936, the Singalong School opened under the title of Immaculate Conception Institute starting with a kindergarten followed by primary and intermediate level. This school was recognized by the government. The fees were also almost purely nominal. The sisters of St. Paul of Chartres assisted the fathers in running the school. It was founded by Sr. Suzanne, SPC, Sr. Salvacion, SPC, Fr. Florencio de Lasaun, OFMCap., and Mrs. Maria Gutierrez.

During the Japanese war, the building was damaged. Worse yet, the Japanese, tortured and killed the three priest working in Singalong: Fr. Raymundo of Labiano, Parish Priest (1939-1945), and his assistance Fr. Santiago of Ibiricu and Fr. Pacificio of Villatuerta. All this happened on Feb. 6-7, 1945. It was then the work of Fr. Jacinto of Arandigoyen (1945-1954) to repair the damages to the spirit of the people. The school was turned over to the Capuchin fathers in 1956 to mark its expansion though the Sisters of St. Paul of Chartres continued to assist in the administration. Finally, the present magnificent church in Honor of St. Anthony was built under Fr. Julio of Narcue, Parish Priest from 1965-1970. This church was blessed on December 10, 1967.

Meanwhile, the school kept growing in different stages: in 1959, Fr. Adolfo of Echavarri built a three storey building and opened a high school department. In 1963, during the administration of Fr. Ramon of Navaz, another four storey building was raised. This may be seen as the portion running from the central stairway abutting the building of 1959. In 1967, under Fr. Julio’s administration, the imposing central and the entire east-wing behind the church where added. In the 70’s when Fr. Manuel Ramirez was parish priest, six lots were acquired in view of future expansion. The parish center was also built in 1972. The expansions finally happen in 1980, during Fr. Luis Arrieta’s administration; a new building was raise with an auditorium and rooms for vocational courses.

In the socio-civic area, the parish of Singalong has been deeply involved in the needs of the people. The Patronato de Nuestra Señora de Lourdes established on February 10, 1929, by D. Manuel de Inchausti, has helped thousand of sick people with free medical examination, advice and available medication so that through these services, many will come back to the reception of the sacraments. The St. Anthony community Center and the multi- purpose center in Dagonoy established in 1974 have also helped so many families through different services such as the nursery, free clinic, handicraft, dress making and catechetical instructions.

It is in the spiritual care of the people, however, that the Capuchins in Singalong have worked their best. Singalong has always been thickly populated. But the more so after the war when the parish counted more than eighty thousand parishioner. Aside from the usual administration of the sacraments to people filling up the church, care for the sick absorbs much to the priest time. For many years Singalong was one of the new churches in Manila having verily crowded monthly celebrations of the sacrament of confirmation. The numerous parish organizations that take up much time from the priests have been an invaluable help in the apostolate of the parish. For fifteen years, one of the priests, Fr. Exequiel de Torrano, OFMCap. goes daily from house to house visiting all the families of the parish. And like the good shepherd this has shown very good results. It is not a wonder then that the Archbishops of Manila have repeatedly praised the splendid work of the Capuchins in Singalong, with regard to the sheperding of souls.

In July 16, 1990, a strong earthquake damaged the church bell tower and the concrete cross, including its foundation. Through the initiative of the parish priest, Fr. Alfred Micua, a fund raising was launched for the reconstruction of the bell tower and the cross. The new bell tower was finished just in the time for the “Simbang Gabi” and it was on December 16, 1990, at three o’clock early morning that the bell tower was heard by the Singalong parishioners and it sounded the start of the Yuletide season.

With the thrust of the Catholic Church to promote lay collaboration, in line with the goals and objectives of the August 1996 Second Provincial Council of Manila (PCM II), the parish now aims to encourage a more active participation of lay men and women in the activities of the church. The youth are likewise being developed as leaders in the service of the people. The parish is now also actively involved in Archdiocesan activities and its leaders have taken active roles in various organizations in the Archdiocese of Manila. With the continued support and patronage of St. Anthony of Padua and our Blessed Mother of the Immaculate Conception, the parish hopes to continue its growth in the service of the Kingdom of God. 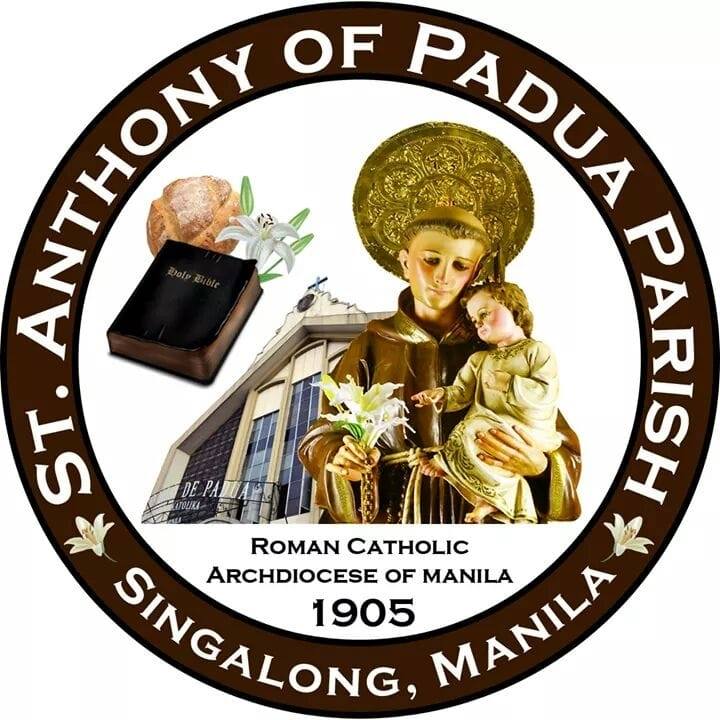 Sunday 30 minutes before every mass

Watch our Live Masses and Other Videos