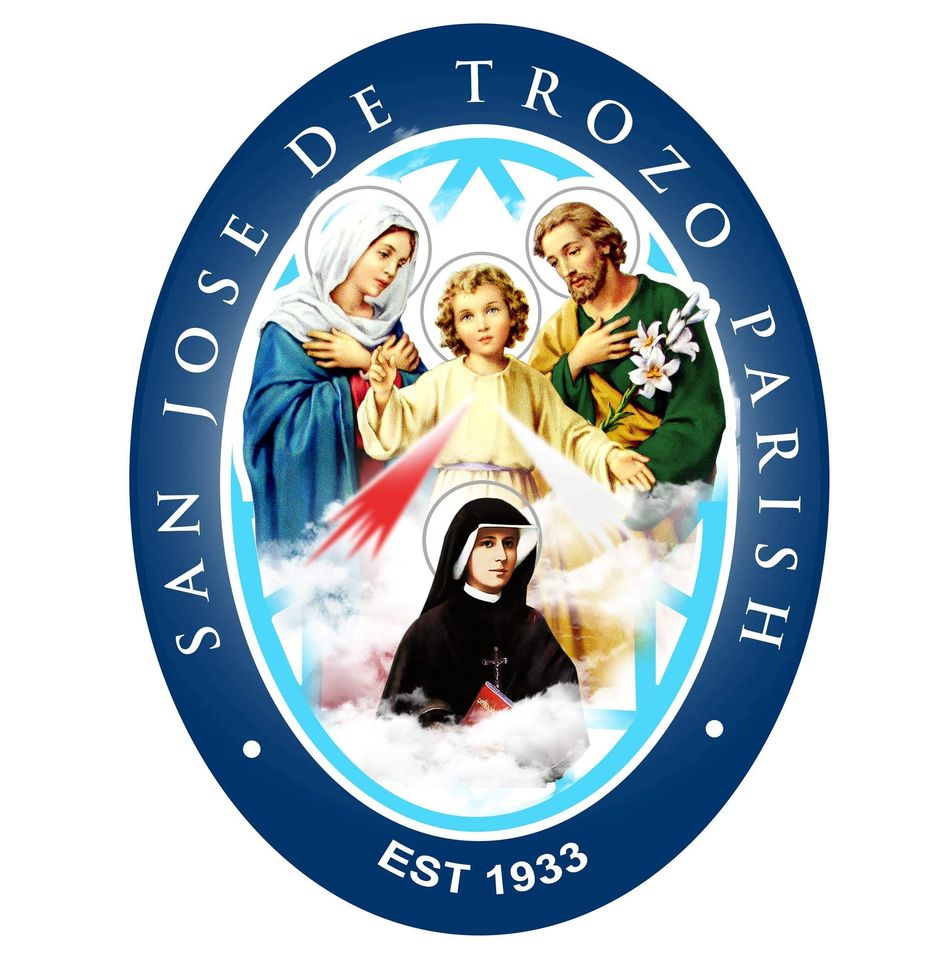 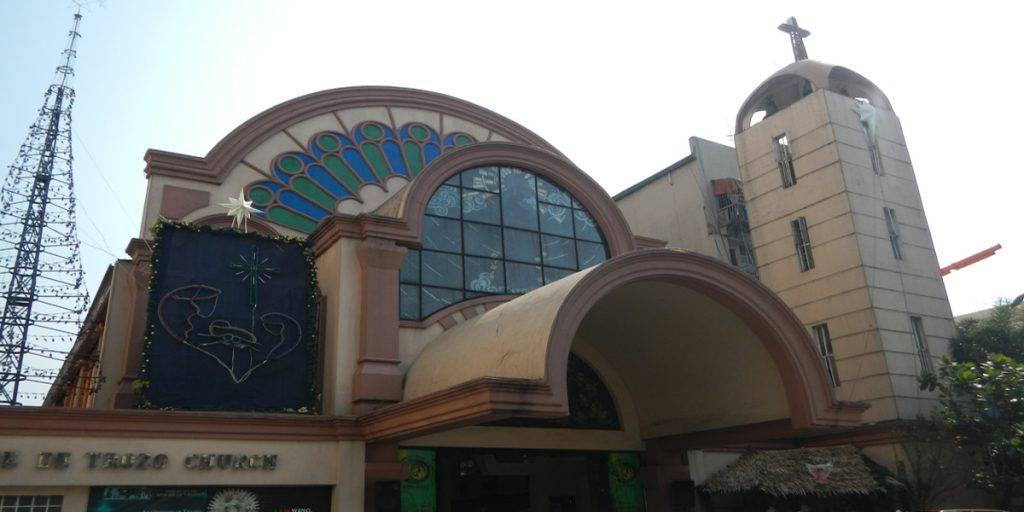 Trozo, the Spanish name for logs was attached to San Jose de Trozo Parish situated at 1340 Masangkay St, Sta. Cruz, Manila, to distinguish it from other parishes with the same name and patron saint.

In the early years of 1930’s logging and woodcraft were prominent means of livelihod of the people living along Magdalena (Masangkay today), Mayhaligue, Misericordia (now Tomas Mapua) going to the bounderies of Azcarraga (CM Recto) and Quiricada. Estero de San Lazaro and Estero de Magdalena were deep and navigable rivers connected to Pasig River were loggers used to transport their commodities from San Mateo, Montalban and other upper towns of Rizal and Laguna. The loggers were grateful to God for their progress in business so they dedicated to build a chapel. They chose St. Joseph, thd carpenter of Nazareth, as their patron saint to signify and put meaning and inspiration to their livelihood with his life and ways. Thus, the name San Jose de Trozo, which when paraphrased means “St. Joseph of the Lumberyard” came into existence.

In 1932, this newly created barangay was under the spiritual care of Espiritu Santo Parish. But its population swelled tremendously in a short time, so by the year 1933, it was declare a separate parish with Fr. Antonio Albrecht as its first parish priest.

Rev. Fr. Jose Cruz succeeded Fr. Ignarcio. From the dame of World War II, Fr. Cruz was able to build a chapel bigger and stronger than first one. Thereafter, Rev. Fr. Cruz was elevated into a domestic prelate and transfered to Marikina Parish. Rev. Msgr. Arcadio Pascual took over and initiate the construction of the Parish Rectory which was finished in 1965. The project may well be considered as Fr. Pascual monumental legacy when he died April 24 1972.

On July 3 1972, Rev. Fr. Celso Ditan was appointed by his Eminence the late Archbishop Rufino Cardinal Santos to take over the parish shepherding. July 23 the same year, Fr. Ditan was installed with dual capacity, as parish priest and Vicar Forane.

April 6 1980, Rev. Fr. Melencio de Vera took the place of Msgr. Ditan as the new parish priest. He immediately wrote a novena in honor to St. Joseph and this is being prayed every Tuesday during the 6:00PM mass. On June 5 1980, he was appointed as a spritual director of the Cursillo Movement for Manila North II. July 5 1980, a cursillo house was built and inaugurated to give life to the movement. At present, the said house is being used by the priests as their residence. Fr. De Vera was elected as a Vicar Forane on June 25 1980 for the Vicariate which is composed of six churches, namely: Sta. Cruz, Quiapo, San Sebastian, San Miguel, St. Jude and San Jose de Trozo. The vicariate was named San Jose de Trozo. To mark the jubilee of the parish, Fr. De Vera decided to remodel the church by adding two canopies on both side to accommodate more people. He also initiated the transformation of the altar into marble as a center of the Holy Sacrifice of the Mass.

In the late 1988, Rev. Msgr. Nico Bautista took over the parish until 1990. In his early stay, he realized that the location of the parish was no longer in the center of the parish boundaries. With the construction of the LRT, the church would have been accessible to the people if were located along Avenida Rizal area. With his realization, he initiated the transfer of the church from Masangkay to Avenida in thd early month of 1990. Because a great majority of the parishioners would prefer to keep the original location and preserve the sentiments of the past, the transfer did not happen.

In the late 1990, Rev. Fr. Bagadiong replaced Msgr. Bautista. He continued the apostolate of his predecessors for three years until Rev. Fr. Alex Yap came in 1993. During the term of Fr. Yap, Chinatown was moving towards the location of the church. Big businesses were put up high-rise condominiums were built and the renovation and expansion of the Metropolitan Hospital started. Along Masangkay, it was noticeable that, indeed Chinatown had moved in.

In 1998, Fr. Yap has expressed his retirement, His Eminence Jaime Cardinal Sin offered the parish to the Lorenzo Ruiz Mission Society to care to the needs of the growing population of the Filipino-Chinese in the area in the duration of 10 years. Fr. Esteban Lo came over August of the same year with Fr. Arnel Tan as his assistant.

Fr. Bong started rebuilding the community but this time, the Chinese were welcomed to participate in their district programs hand in hand with the Filipinos. After two years of unselfish labor, the fruits of his works were evident. Filipino-Chinese couples through the Marriage Encounter Programs became active in the works of the Parish. Because of death of the Superior of the Lorenzo Ruiz Mission Society in April 2000, Fr. Bong Lo had to be transfered to thev Lorenzo Mission Institute to be the first Filipino Chinese Moderator of the young society and at the same time of the Rector of the Institute. His assistant Fr. Tan took his place as parish priest from May to December 2000.

Rev. Fr. Domingo ‘Deo’ Farnacio, Dean of the Lorenzo Ruiz Institute, was assigned in the parish to help Fr. Arnel left to pursue his Chinese language study in Taiwan and Fr. Farnacio was installed as parish priest of San Jose de Trozo. He finished the renovation of the church until its blessing and rededication of the Altar on September 2001. Now the church begins to allure and capture attention on both parishioners and passers-by with its exceptional beauty. The community of San Jose de Trozo Parish continues to grow in faith like the ‘Mustard seed’.

Rev. Fr. Johny Molina, LRMS and former parish priest of St. Peter the Apostle took over the place of Fr. Deo. He came on May 2009 and was installed as a new parish, last July 16 2009. From then on, continues improvement of the parish from the structure to a different organization took place.

A new retablo was built and was unvieled last March 17 2013; which would serve as a legacy of Fr. Johny for the parish and its parishioners. Having a beautiful altar like this, we can feel the presence of God and the presence of our intercessors, the Blessed Virgin Mary, and her most chaste spouse and the patron saint, St. Joseph.