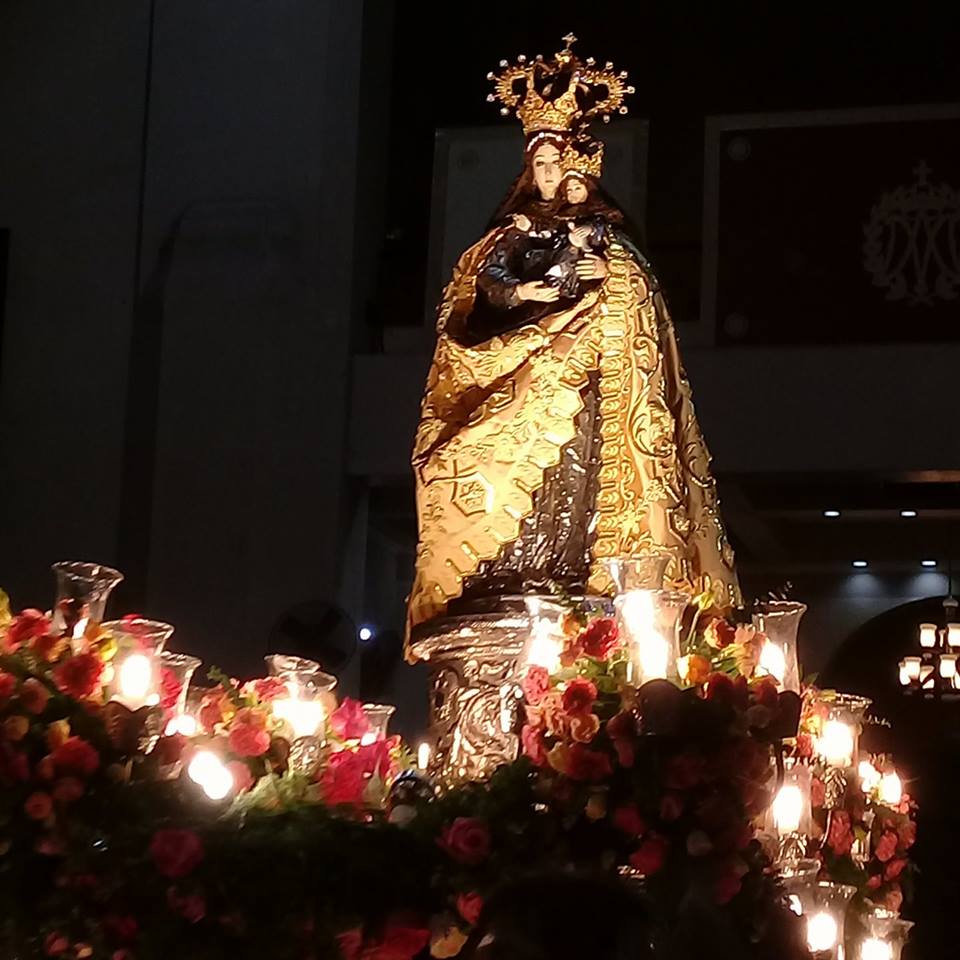 Father Gregorio Catena, parish priest of Quiapo, signed a document under the authority of Archbishop Arce that paved the way for the spiritual administration of the Chinese tenants in Sta. Cruz by the Jesuits.  It was the Jesuits who named the village Sta. Cruza, after the Holy Cross.

The niches on either side of the sanctuary are occupied by the statues of Our Lady of the Pillar and St. Peter Julian Eymard. The patronal feast of the Birhen del Pilar is October 12 and the parish fiesta procession is held on the third Sunday of October.  St. Eymard is recognized as secondary patron since 1985.  His feast is on August 2.

The mosaic adorning the dome of the new sanctuary was the brainchild of Fr. Gabriel  Casal, OSB.  He suggested the inscription of the apocalyptic lamb amidst the Filipino setting of mango, banana and flame trees.  Mrs. Elizabeth Chan designed and executed this mosaic Byzantine and Venetian glass.

A move was initiated to investigate and eventually take the necessary steps towards the recognition of Sta. Cruz Church as a Shrine of the Blessed Sacrament.