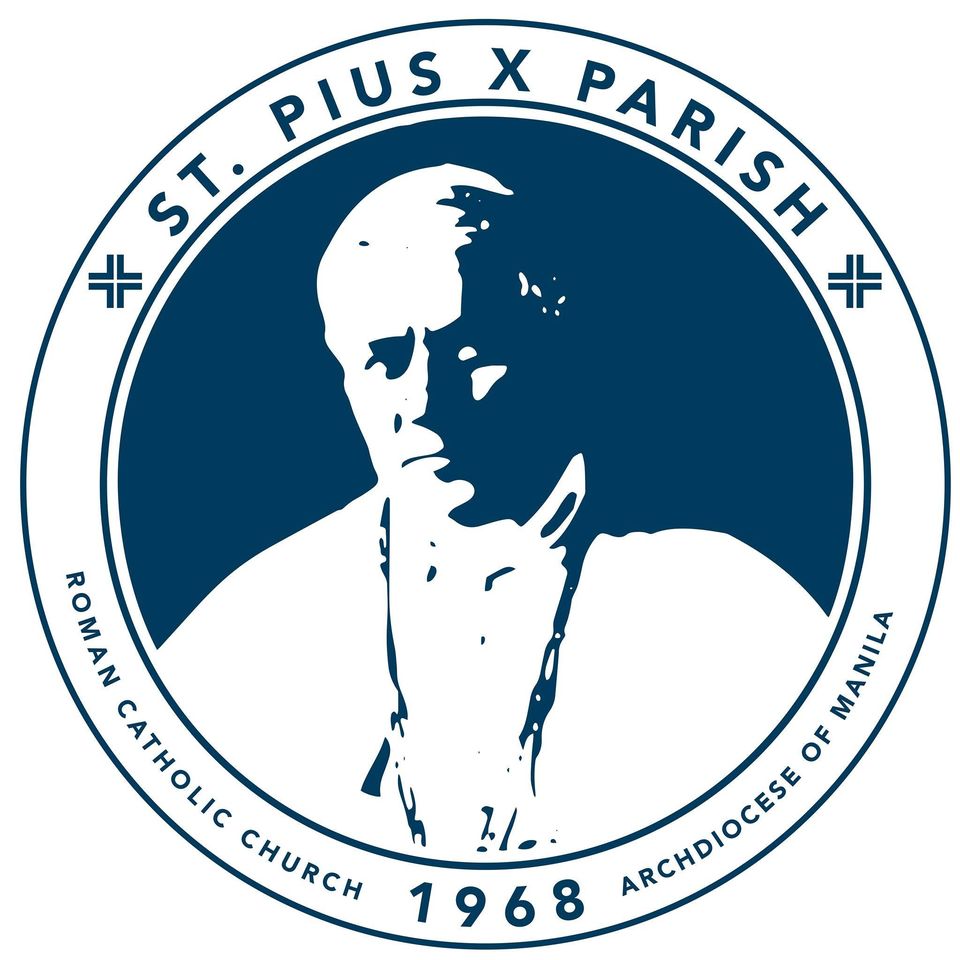 His Excellence, Rufino Cardinal Santos planned that the parish in San Andres Bukid, Sta. Ana, Manila wanted to divide and a church be built. One of the persons who help build this parish was the late Bishop Pedro Bantique, who was still a Monsignor at that time. He became the Chairman of the Board of Consulters, and they help hasten the Cardinal’s suggestions be accomplished. One organization headed by Fr. Jose Flores was formed to invite the priests in Sta. Ana, Paco, Pandacan and Peñafrancia to give the suggestions of the Cardinal on making a new parish in the area. All of these churches willingly helped with all they can in order to build the new St. Pius X Parish. Back in October 1967, the Archbishop of Manila declared that this new parish needed within Sta. Ana, Paco and San Andres. This serves as the area of the new church; from the north, Sta. Ana, Tejeron St.; north-east are Pandacan, M. Carreon until Hollywood St.; west is the Peñafrancia together with Estero de Pandacan and South West are Paco MMR and ‘South Super Hi-way’.

After careful planning the areas for the exact place of the new church, it was where it would be exactly built that they focused their attention next. The Cardinal assigned Fr. Flores to form a group to start the construction of the church. Fr. Vicente Coronel was assigned as the priest in charge. Cardinal Santos is the one who gave and chose St. Pius X to be the patron of the new church. It did not take long until Fr. Ernesto Tobillo to take over the position as Parish priest in 1972. The land between 7th St. and Neptuno St., which used to be a playground, was chosen where the new church building to be built. A “Fund Raising Project” was held after and it was agreed upon with the then Mayor Ramon Bagatsing in order to raise money to start the construction of the church. They were able to raise not less than 40,000 Php from the first batch of funds to start the construction and it took less than 2 years only for the new church to finish.

Fr. Ernesto Tobillo had a big role in the instillation of the new church St. Pius X Parish. Like caring of the new church, they enhanced the church with the help of Fr. Manuel Nery and Fr. Rogelio Abasolo. On the other hand, Fr. Wilfredo Talavera strengthened the framework that was left by those who came before him. They continued to develop and enhance the church for everyone. The floor was made of marble and the center wall of the altar was made of stained-glass. Next was Fr. Percival de Vera, when he strengthened the program for the youth. Fr. Sonny de Claro sustained the programs of his predecessors. He was the one who organized the El Shaddai community in the parish. He was replaced by Fr. Lincon Carabaña who remained in position for 8 years in the parish church. He retained what was started by his predecessors, situated the surroundings of the church for the parishioners and visitors. He also initiated to add the ‘left and right’ wing of the church due to the increase in parishioners in order to accommodate them properly during masses.

In 2012, Fr. Leo Angelo Ignacio was appointed as parish priest by His Excellency Luis Antonio G. Cardinal Tagle. Together with the whole parish community, Fr. Leo Ignacio gave emphasis on the uplifting of different ministries and organizations within the parish church, as well as strengthening the activities of the youth and activities for the laity. He finished the additions on both sides of the buildings which is has now three floors as extensions which would help the brothers and sisters who kept on giving their support for the church.